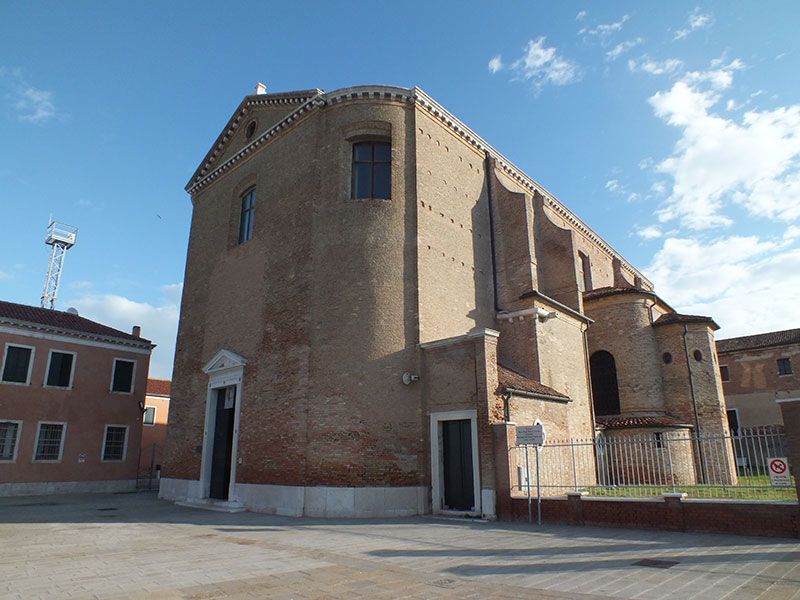 The Church of San Domenico is located on a small island that is part of the municipality of Chioggia, in the province of Venice. The cult building can be reached along the San Domenico bridge overlooking the homonymous canal. The small island, formerly owned by the Benedictines, passed to the Dominicans in about 1200 who built a convent and a church, originally smaller than the current one. In 1745 the construction was damaged and rebuilt according to the project by Pietro Pelli. The church was part of numerous historical events such as the occupation by the armed forces led by Napoleon. Nowadays it is a parish and a sanctuary. Of the original structure only the Romanesque bell tower remains. Internally, the monument shows a single birth, a presbytery and the chapels on the sides. Worthy of note is the crucifix that speaks to St. Thomas Aquinas of Tintoretto. Over the years this huge crucifix was conducted six times outside for the processions, making the destruction and rebuilding of the portal each time necessary. To admire is St. Paul stigmatized, painted by Vittore Carpaccio preserved in the Church.